How I'm building my own testing library

I work as a fullstack web developer at a scale up company in Sweden. At this time I was managing the website for the company, built in React and Typescript. After a deploy one day we realised we had broke the style completely of one page on our website. We rolled back, fixed it, and deployed again.

This happened a couple of times, and it started to become rather annoying. I wanted a way to quickly be able to inspect all pages of the website in just a couple of clicks and catch any design regressions. Earlier that year I had been on a meetup in Stockholm where a guy presented this tool called Happo.io which promised design testing for frontend components. This didn't really cut it for what I wanted to to though. I wanted to compare my entire pages with different environments to be able to catch any regressions.

At this time I decided to build a tool on the website that could only be reached from a special link and only in development mode. I used puppeteer to go through all pages and upload the images to the special url. There I could open them in a large window and inspect to see if any design regressions had occurred. This helped me big time and it looked something like this: 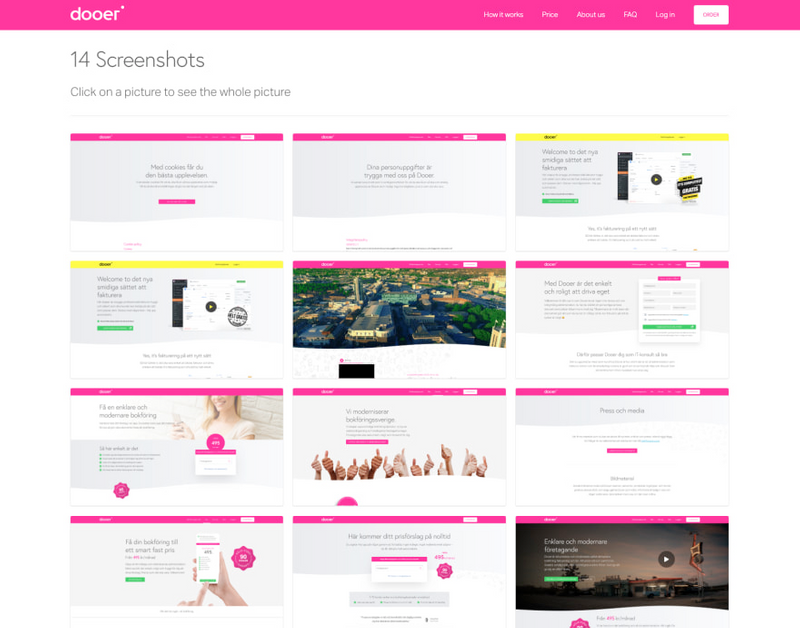 After this I decided to implemented the possibility to screenshot the pages on different environments. For example, let's say you have a local version of your website running on http://localhost:3000 and a live running on https://yourwebsite.com. Then, it would be really nice to quickly be able to compare all of pages on your website between these to environments to find any regressions in the design. This turned out to look something like this:

After some time I realised this probably didn't have to live on the website itself, but rather live on a completely separate platform where you could go and inspect to results. For this, 3 different projects were set up.

NPM module for the user to install

This was really the tough part I want to say. Although I already had a script from the website code that I could start out with I needed to somehow save the screenshots in the cloud, but then also save references to them in a database so that some frontend could fetch and display them for the user. For uploading images to the cloud I used the Cloudinary API. This is done from the backend project which receives straight up buffers from the NPM module in the end user project. All the NPM module really does is the following:

Backend for the platform

So as the NPM module loops through, screenshots, and send the screenshot images, the backend needs to somehow take these images, upload and then save them to a database. This is done using the Cloudinary API for image hosting, and the DeepAI API for image similarity classification. Here's what the backend does regarding the images.

The backend does a lot of other stuff that any other backend API usually does. Like:

The backend is build using Node.js, Express, REST and MongoDB for the database. This is a stack I am very good with - although if I would have rebuilt everything I would probably have gone with GraphQL.

Frontend for the platform

The frontend is also built using Javascript. It used Typescript, React Context API and axios-hooks (for http requests). The frontend consists of quite a few pages to create a proper and stable frontend for people to test their real projects and apps. The frontend is a platform for you to create multiple projects. You get 1 api key for each project. This means you can use this for screenshot testing all of your different projects and get the images in separate places on the platform. The dashboard view looks like this: 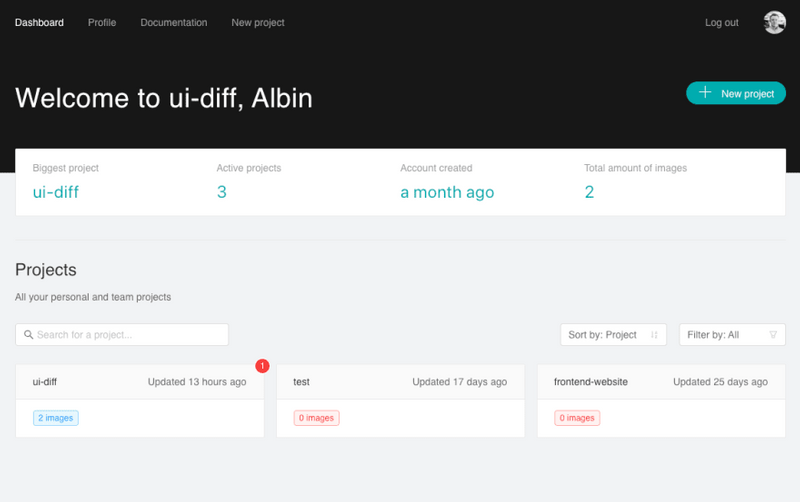 As you can see here, our image has a red border around it. This means the image is different to what it previously was. If we open it we can compare it with between different environment and also browse images back and forth. 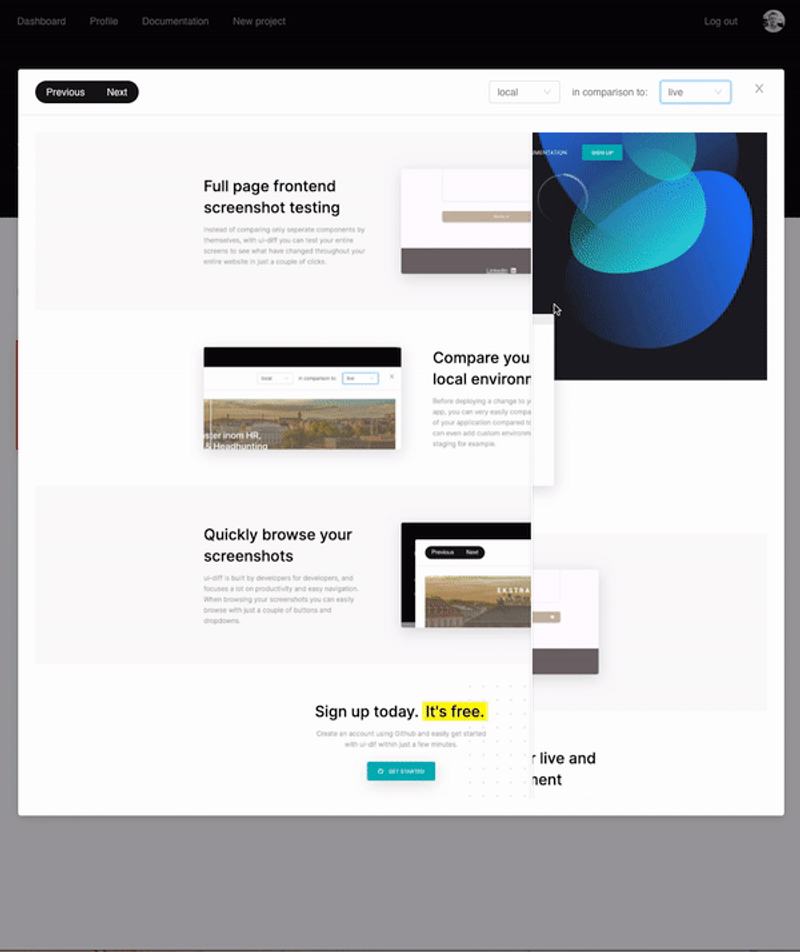 This is a project I've been working on for quite some time. Right now it's totally free to use. This is because I want to see to response from you developers out there and find ways to improve it even more. It's also open source so consider contributing if you would like to!